TRIBUTE TO SIS. JUDY WILLIAMS ON BEHALF OF THE BOARD OF DIRECTORS, MANAGEMENT, STAFF AND TRAINEES OF THE NEW LIFE ORGANIZATION (NEWLO) 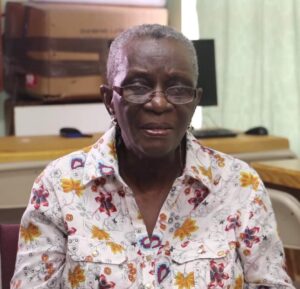 On behalf of the Board of Directors, Management, Staff and Trainees of the New Life Organization (NEWLO), I would like to express my sincerest condolences to the Sis. Judy’s husband and family, the staff at GRENCODA, the NGO Fraternity and her close relatives and friends. Sis. Judy’s death is a deep lost for us at NEWLO.  NEWLO was born out of Sis. Judy involvement at the Pope Paul’s Camp.  Her Spirit will live on forever in the hearts and minds of the young people that she touched at Pope Paul’s Camp and at NEWLO.

We were involved or worked with Sis. Judy in many ways, through the IAGDO, visiting NEWLO to talk to the Trainees on different issues of national importance, as a Judge in our sporting activities, and many more.  She was committed to the young and vulnerable youths and always partnered with us to send needy young persons to be trained at NEWLO. Her passion for the young and vulnerable youths cannot be measured. It goes beyond the boundaries of this physical dimension. I know that NEWLO was very dear to her heart because when she talked about NEWLO she also remembered Pope Paul’s Camp. They both were in the same compound owned by the Catholic Church. A light in the NGO Movement in Grenada has gone dim but in a Spiritual way that light is shining brightly in the Heavens.

I saw Sis. Judy as a 21st Century Virtuous Woman.  In every context of the Virtuous Women, we can reflect on the life of Sis. Judy.  The most important quality that makes this woman beautiful was that she feared the Lord.  Because of this powerful truth, all the things that she did throughout her life flowed from her love and honor for the Lord God.  She was full of endless energy that none of us can simply measure up to.  She was always giving, serving, and doing for others.  She was a woman of strong belief and values and stood up for what she believed in, even if you disagreed with her at times.  As a Virtuous Woman, she was constantly busy, doing tasks, loving her family and doing what she did best for the love of the poor and vulnerable.  She was like a superhuman and doing everything with grace and dignity and got it all done in the end.  We don’t know how she did it, but she got it done by the Grace of God.  She used her time wisely and produced good results.  There was never a dull moment in her life.  She kept healthy and fit and was very careful with what she ate especially her love for natural fruits and vegetables.  Her humbleness and godliness gave her the characteristics of a Virtuous Woman.

Sis. Judy, we will remember you and you will forever live in our hearts.  May the Angels guard and guide you in God’s Heavenly Kingdom.