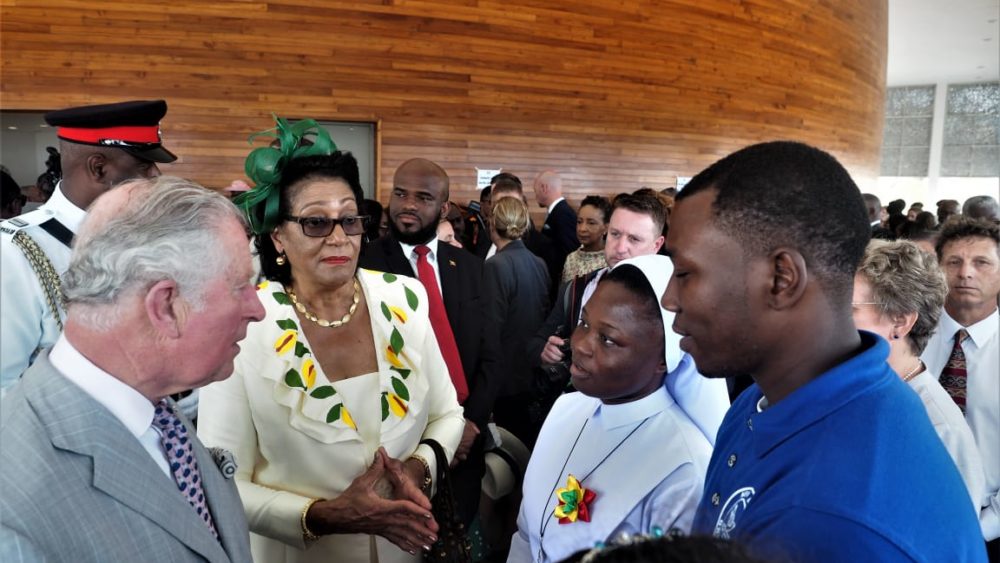 Invitation To Newlo To The Welcome Reception Of Their Royal Highnesses

The New Life Organization (NEWLO) was invited to the Welcome Reception of Their Royal Highnesses,
Prince of Wales and the Duchess of Cornwall by Her Excellency Dame Cecile La Grenade on Saturday
March 23, 2019 at the Houses of Parliament, Mt. Wheldale, St. George’s.

They all got the opportunity to shake hands with Your Royal Highness, Prince Charles and to share with
him briefly on the work of NEWLO.

Mr. Hollis Mapp – Mr. Killa, Grenada’s Cultural Ambassador, the International Soca Monarch 2019 and
who is also a former Trainee at NEWLO, was also present at the Welcome Reception. He took time out
to chat and take photos with the representatives from NEWLO.