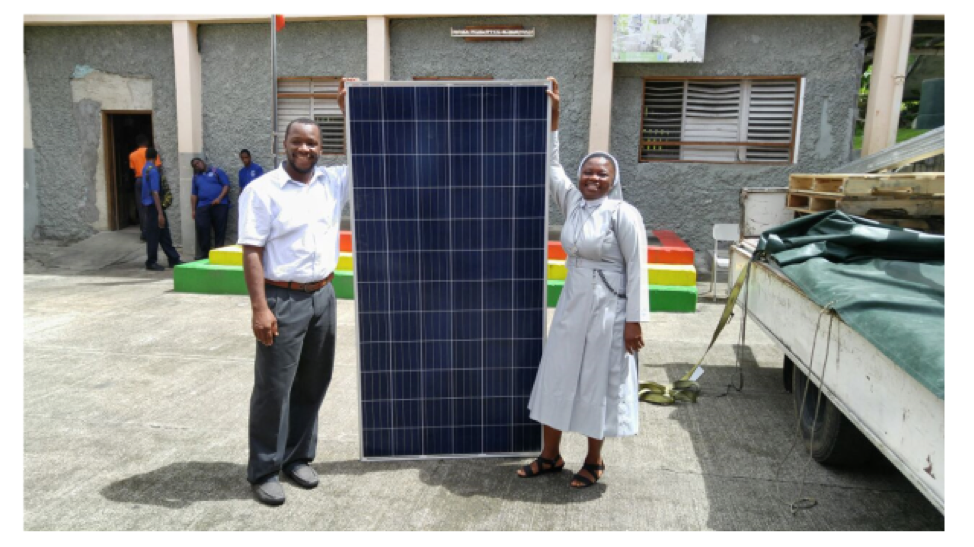 The New Life Organization (NEWLO) will be officially launching its Solar Energy & Irrigation System Project on Wednesday September 12, 2018 at 10:00a.m. at NEWLO, Palmiste, St. John.  The project will be officially launched by Ms. Simone Lewis, National Coordinator for the UNDP Global Environmental Fund/Small Grant Programme (GEF/SGP) based in Grenada.

The goal of the project is to reduce NEWLO’s non-renewable energy consumption to 0% and redirect the funds saved for the enhancement of the training programmes and to install a more efficient irrigation system so as to increase the production of spices and vegetables. This meant the installation of 100 KW solar panels array grid-tie system on the buildings in Palmiste that will be connected to GRENLEC’s electricity grid system; the training of NEWLO’s Instructors in the installation and maintenance of the solar system; the installation of pumps and pipes to improve the irrigation system in the farm area at Palmiste; and to bring a greater awareness to the staff and Trainees the effects of climate change and the need for alternative sources of energy.

To date, all of the solar panels, inverters and other accessories have been installed by the Contractor, Mr. Everton Connor from ELCICS Inc.; 30 KW of solar energy has already been commissioned by GRENLEC – the balance of 70 KW of solar energy will be commissioned shortly by GRENLEC; the installation of the pipes and pumps have already begun for the irrigation system; two Instructors completed training in Certified Solar Photovoltaic Systems Training Level 1 through the Caribbean Electric Utility Services Corporation (CARILEC), St. Lucia, to be able to provide regular maintenance for the Solar system.